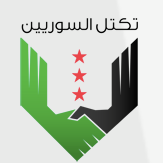 The brutal killing of the Saudi journalist Jamal Khashoggi is also the responsibility of the international community, which allowed criminals to escape impunity despite the horrific crimes committed by Arab tyrannical regimes. Because the Syrian regime has tortured and killed thousands of innocent civilians, including doctors, journalists, photographers and activists in its prisons without accountability or punishment, autocratic regimes have continued to silence their opponents without any deterrent and have repressed their peoples in the same barbaric manner.

In the Syrian prisons, like Sednaya, Adra, Palmyra and the cellars of the intelligence forces, civilians have been systematically killed in front of the eyes of the world countries for years. Despite these massacres, which are difficult to stand and tolerate, there are politicians who want to rehabilitate this regime and call for joint fighting with it against extremism.

Khashoggi’s assassination, which was not a secret in fact, is an evidence for the growing liquidation actions in the Middle East. For example, the Egyptian regime sentenced hundreds of demonstrators to death in a mass trial and jailed young activists who have campaigned for years for more freedom of expression. There was no criticism from the West and there was even support from the West under the pretext of stability.

The Iranian regime recently bombed Kurdish politicians in Iraq, hanged dissidents and political activists, and attempted to launch an attack on a meeting of Iranian dissidents in Europe. But for the sake of saving the nuclear deal, Europe is rehabilitating Iran despite these brutal crimes. In Lebanon, too, an extremist terrorist organization holds the state hostage. In Iraq as well, the para-military militias that fought against Da’ash are hardly different in their barbarism. It was not Da’esh that brought barbarism to the Middle East, but the Arab tyrannical regimes.

In recent years, impunity has led to increased liquidation actions, which in the end will only feed extremism and will not serve stability in any way. The recent years have shown that the so-called stabilization by supporting tyrants will not achieve this and will lead instead to a situation of explosion because people, as other peoples of the world, want freedom. We, in the Syrian Bloc, demand the free world stand unconditionally alongside freedom and its seekers and condemn all crimes and tyranny because this is the only way that will lead to real and lasting stability in the Middle East.